Advice for those intending becoming a Freemason

Advice for those intending becoming a Freemason 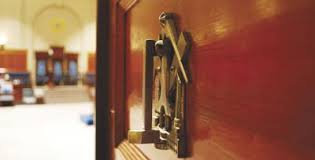 If you are considering becoming a Freemason, there are some things to consider – the why, the how, the where, the when and probably many more that will occur to you.

The first and most important of these is the ‘why’ – why become a Freemason? Something has caught your attention and has made you curious. Or you may have read or heard something about Freemasonry that makes you want to know more.

Let’s start with some obvious aspects. Many have the impression that Freemasonry is rather static and staid, but properly understood, Freemasonry is a dynamic pursuit, leading to a fuller understanding of knowledge of yourself. It is an enlightening pursuit and opens up your understanding of what is really important in your life, outside of all the clamour going on in the world – the political, ideological and social clamour, and others such as activity in your workplace – allowing you to access those aspects of your real self.

Someone once said: ‘Freemasonry should be fun – if it isn’t fun it isn’t working!’

But beyond that, Freemasonry unites persons of different social, ethnic, philosophical and religious distinctions. Freemasonry as practised today is more than three hundred years old, and some branches of Freemasonry nowadays also admit women, either in all-female lodges or in mixed lodges.

But there are some myths and disinformation surrounding Freemasonry. You may have heard how secretive Freemasonry is. Let’s look at that for a moment. Throughout the world, there are very prominent Masonic buildings – Freemasons’ Hall in London is one. Such a prominent building could hardly be said to be concealing anything.

The notion of secrecy probably stems from the early days of operative stonemasons, who guarded their craft to prevent unqualified workers from taking work away from those who had served their apprenticeships and earned their wages honestly.

Today, Freemasons prefer to say that, like social organisations such as tennis clubs, their proceedings are private rather than secret. The full contents of Masonic ceremonies are not divulged willingly to the outside world, as to do so would blunt the effect for those who afterwards decided to join.

And it should be remembered that you can’t become a Freemason by reading the ceremonies from a book – true membership comes about by experiencing the impact of the Masonic ceremonies themelves.

Freemasons call the first ceremony an ‘initiation’. Initiation, in many cultures worldwide, is characterised as a beginning. The word comes from the Latin ‘initium’ meaning ‘start’. And so it is in Freemasonry – it is a kind of re-birth, a start on a different road, away from the cares of the world. It is certainly an exciting journey! It will lead you to other sources of knowledge, working through symbols and allegories, a knowledge which can lead to an increase of wisdom and fulfilment.

Through the ceremonies and discussions in lodges, Freemasons seek to realise on earth the greatest degree of moral, intellectual and spiritual development for all. Freemasons are not ‘better’ people than non-Freemasons – they do however realise the enormous benefits of seeking to improve themselves.

We mentioned ceremonies. There are three principal ones, referred to as the first, second and third degrees. Each degree is enacted in a ceremony, similar to the mystery dramas and plays of the medieval world. The first, as we mentioned, is an allegory of re-birth; the second an allegory of our journey through life, and the third deals with our passage as we approach the end of our physical life on earth.

Aside from the esoteric aspects of Freemasonry, it should be mentioned that there are important philanthropic aspects, and Freemasonry worldwide and in its local communities, does a great deal to alleviate poverty, sickness and hardship.

In short, Freemasonry is a way of experiencing a world other than the material, physical world, with all its cares and distractions, and will lead you to a contemplation of things that really matter.

Open the door and start to experience!

For more information of Freemasonry and how to join please purchase

So you want to be a Freemason? by Julian Rees