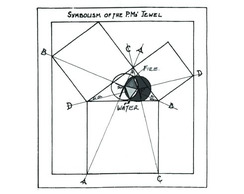 will take place from 3.30 pm. The Lodge will meet

at 4.30 pm. This will include A Delivery of Sections from the Craft Lectures, by the

By command of the Master,

Dinner at The Imperial Hotel, Russell Square, London, WC1B 5BB, will be provided only for

those Brethren who notify the Secretary of their intentions before 11th May.

Cheques should be made payable to “Authors’ Lodge No. 3456”

Dining will be at The Imperial Hotel, Russell Square, London, WC1B 5BB. For a

Summons, applications to attend / dine, or any other questions please contact the

Authors’ Lodge are hosting the

who will be delivering the First Three Sections of the

The Lecture of this Degree is divided into seven sections, and throughout the whole,
virtue is depicted in its most beautiful colours, the duties of morality are everywhere
strictly enforced.

The Team’s ritual is executed with a military style precision.

This is a treat NOT to be missed

Do you want to Enhance Your Masonic Knowledge? This book will give you answers to many of the Masonic questions commonly asked.


Where does Freemasonry come from?


What does the Past Master's jewel really symbolise?


What do the columns in our Lodges signify?


What is the symbolism within our Three Degrees?


Which Lodge is the oldest?


What does the Holy Royal Arch and its Ritual symbolise?


A collection of articles by Ronald J. R. Hart, PProvJGW, SLGR, with particular emphasis on his many years of research into the architecture and symbolism of Freemasonry. The book contains chapters on The Most Ancient Lodge and Temple (Kilwinning), The Origins of our Lodge Columns, The Symbolism of the Past Master's Jewel, Myth and Legend, Glimpses of Royal Arch Ritual and the Vault, Some of the Symbols of the First Degree, The Symbols of the Second Degree.

W.Bro. Ronald Hart is a long established Mason of 57 years whose career as an Architect, along with the functional experience of building construction, enabled him to gain theoretical knowledge as to how closely connected Freemasonry is to Architecture and its symbolism.
His thirst for knowledge and the reason 'why' compelled him to embark upon serious research, assisted by the late Harry Carr (author of The Freemason at Work).
The wisdom within this book will make fascinating reading and be endlessly informative to all Brethren and in particular Lodge Mentors. 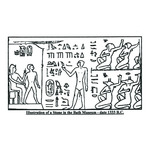 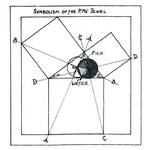 The History of Author Lodge 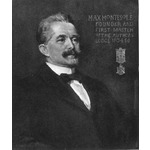 In 1905, Bro Max Montesole sent a letter to the Directors of the Authors’ Club, in

Whitehall Court, asking them to sanction the founding of a Masonic Lodge; to be

restricted to members of the Club. 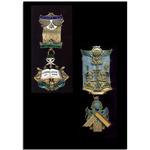 Those to whom Bro Montesole’s letter was sent gave a qualified assent; but

without active official support, very little could be done. In October 1906, following a

reconstruction of the Club, Bro Montesole sent a similar letter to the new committee.

This was favourably received by the Chairman, but consideration of the matter was

postponed. Undiscouraged, Bro Montesole made a third appeal in November 1909,

which met with success; official approval being given to the projected Lodge.

Accordingly, a Founders’ Meeting was held; on the afternoon of Thursday 6th

Bro Montesole having been elected to the Chair, the notice convening the Meeting,

letters and telegrams from absentees were read. Twenty-three names of members of

the Club, who desired to be Founders, were announced. Bros. Sir J. Brickwood and

A. E. Aldington were elected; as the Treasurer and Secretary pro tem. A statement

having been made of what had been done, it was resolved that Grand Lodge should

be petitioned for a Warrant.

It was resolved unanimously that Bro Montesole be elected Master Designate, Bros.

Class Lodge, promotion to office shall not necessarily proceed by seniority, but

the Brethren shall agree to give way to any writer of eminence who, in the general

opinion of the Lodge, would confer distinction on the Lodge by being elected to one

of the principal Offices.”

The Petition to the Grand Master was signed by twenty Brethren. Through Bro Sir

After an interval of suspense, showing that Grand Lodge was not inclined to

augment the number of London Lodges without due enquiry or good cause, the

Charter was granted. On 28th July 1910, a letter, signed by the Master Designate,

the Treasurer and Secretary, announced to the petitioners that the Grand Master,

HRH the Duke of Connaught, had affixed his autograph. To the delight of the

Founders this Warrant of Constitution, empowering the Authors’ Lodge to meet

under the English Constitution, bore the” Mystic Number” 3456.

On 6th May 1910 the death had occurred of the Protector of the Craft, King Edward

VII; and general Masonic mourning was ordered by Grand Lodge for six months. It

was therefore notified, on 26th October, that the Consecration would take place on

Wednesday 16th November 1910; the ceremony having been delayed, partly of a

desire that the Lodge should not be draped in black at its initial stage.

November 1910. It was an impressive gathering, there being present sixty Brethren,

consecrating officer; and he was assisted by seven other distinguished Grand

A Founder’s jewel was presented to each of the consecrating officers, who were

also made Honorary Members of the Lodge. This jewel was of a unique design,

devised by Bro A. D. McCormick RI, (of the Arts Lodge 1751), in consultation with

Bro Montesole. It showed the head of Hermes (or Thoth of Ancient Egypt and god

of the sacred books), the wings of whose helmet upheld an open volume, bearing

the words, “Authors’ Lodge No 3456”. This tome was supported on either side by the

goddesses of Literature and Truth, above being an inkstand, with crossed quill-pens,

and surmounted by a reading-lamp.

Such was the beginning of the “Authors’ Lodge”.

The Lodge has recently celebrated its Centenary. Our present Master, Tony Harvey

was Prestonian Lecturer for 2012, and the Lodge is the only non-research Lodge

to have had three Prestonian Lecturers as members. For many years, Authors’ has

not been a “Class Lodge”. It was becoming increasingly more difficult to recruit

membership from such a select group, and Grand Lodge does not approve of this

type of Lodge. But the Lodge has always attracted authors and those involved with

Masonic research etc. and we have in our present membership at least 10 members

who fall into that category.

The Lodge has its own Ritual, written by Max Montesole, and this includes a unique

full Board of Installed Masters.

2. To read and if approved to confirm the Minutes of the 537th Regular Meeting of the Lodge

3. To receive A Delivery of Sections from the Craft Lectures, by the Derbyshire Lecture

4. To receive the Almoner’s report.

5. To receive the Charity Steward’s report.

6. To receive the Mentor’s report.

7. To transact any other Masonic Business that may come before the Lodge.

Please Send us Any Pitchers Of Your Product then We Will Send To You Our very cheap Prices with high quality.

We would request you to please try us for our acclaimed Reliability in this field - Thank You Very Much
Best Regards and HAVE A NICE DAY!
M Aslam Regalia Co
DIRECTOR.
M Aslam
Also Gold membership at alibaba.com

V9u4yM Thanks a lot for the article post.Much thanks again.

vzrpk9 Well I sincerely liked studying it. This tip provided by you is very constructive for correct planning.

Max Montesole was my great grandfather. I understand that the portrait of him shown above is held by the Lodge. Would it be possible to learn where it is and if it would I be able to somehow get it copied for the Montesole family?

Hello to all
In this puzzling time, I disposition you all
Esteem your family and friends