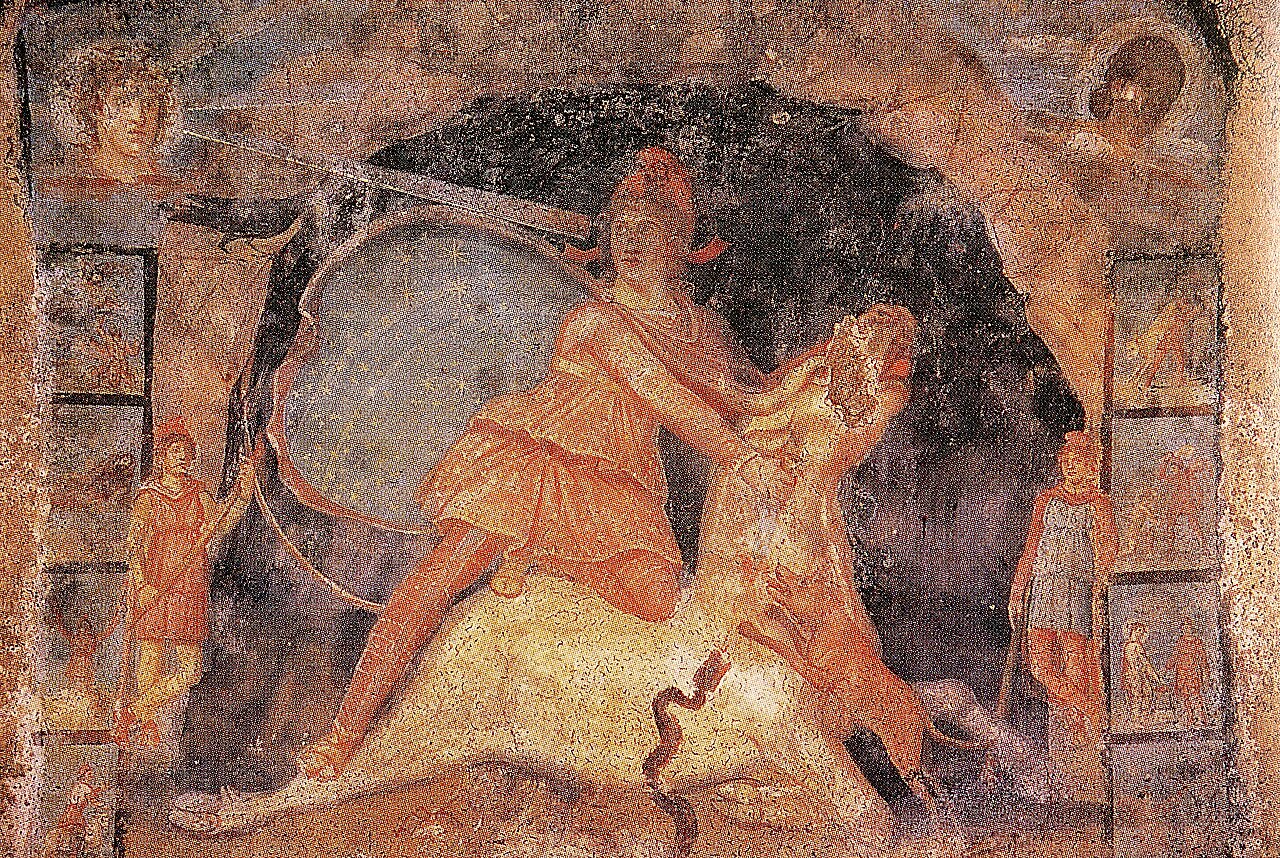 The Mysteries of Mithras was an ancient Roman Mystery Cult which was practiced between the 1st to the 4th century CE and centred on the worship of the solar deity “Mithras”. Its followers met in private temples and were sworn to secrecy, but it may surprise you that the ancient Cult of Mithras is alive and well… and is being worked in the leafy suburbs of England.

Just like the Roman Cult of Mithras there are seven grades or trials, when an initiate join’s he will take the Trial of Corax, this ceremony will be the initiate’s first introduction to the Order, with the ceremony delving into the meaning of the Mithraic Mysteries and the creation myth of the Universe.

The genesis for the creation of this Order came after a meeting of the Holy Royal Arch, when a number of the Companions were discussing the ceremony and its meaning and the topic of Mithras came up in the conversation. Over time these members decided to try and piece together the ceremonies for themselves. They knew that they wouldn’t be able to recreate an ancient Mithraic ceremony, instead they wanted to use the rich symbolism to create their own modern version of the mysteries that would satisfy their curiosity and encourage their own personal development.

Creating these ceremonies however resembled putting together an old jigsaw-puzzle that was missing most of its pieces, but it was always of the upmost importance that they make sure they never strayed far from the central themes and evidence known about the ancient cult.

Finally the day came when the ritual was completed and ready to be worked, everyone that joined found to their amazement that what had been created was something special and from this genuine passion for these lost mysteries, its lost spark had once again been reignited.

The Mysteries of Mithras is open to all Master Masons who are members in good standing and recognised by the United Grand Lodge of England (UGLE). Our Order’s objective is to bring together Brethren with an inquisitive and philosophical view on Freemasonry, who wish to learn more about themselves and the hidden mysteries of life. We invite and encourage all aspiring aspirants who are seeking to endeavour to make a daily advancement in Masonic knowledge to knock at the door of our Mysteries and enquire into our anciently inspired rituals

I would love to find out more about this! 😀

Do they have a contact email for inquiries? I don't see one on their webpage

I am very interested in furthering my Masonic Journey
I am also a lover of mythology and the classics.
I have studied many of the Greek Roman cults
Are there any Mithraic "lodges" on the Wirral or Chester.
Aye S&F
Deeks Blackburn

Hey 🖐️ love the sound of what your doing, I'm a bit of a Roman geek and I've looking for something to connect my interest freemasonry & Rome. Where do you meet and whats the best way for me to keep upto date with you

I am interested in learning more of this Order and possibly acquiring admission as part of my Masonic journey and knowledge.
My address is 13 Henniker Gate, Chelmer Villlage, Chelmsford, Essex, CM2 6QH
Tel: 01245 460948 or Mobile 07747 443324

This religion belongs to Iranian culture, which is scattered all over the world

Beautiful written article may I a working copy.