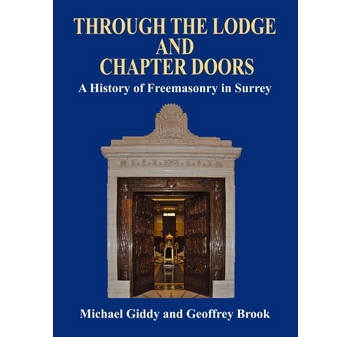 The Province of Surrey is one of the largest Masonic Provinces under the direction of the United Grand Lodge of England. In the 40 years since the last history of the Province of Surrey was published there have been many changes and successes. This book sets out to detail and explore the history of the Lodges and Chapters as well as to describe and introduce the changes made to enliven and re-energise the movement of Freemasonry in Surrey.

The book reveals the huge diversity of the Lodges and Chapters and shows the evolution of the movement. Specific sections are dedicated to the Holy Royal Arch - an area of Freemasonry that is often overlooked.
Changes to the Provincial organisation are highlighted including the purchase of the Provincial Office, the formation of an active Widows' Association, the introduction of membership officers and mentoring schemes as well as the positive moves taken to be more open in today's world. Successes are described, including the raising of many millions of pounds for charities, maintaining the various Masonic centres, overseeing a thriving Masonic Sports Association and supporting the redevelopment of James Terry Court and the opening of Shannon Court.

This book will be of interest to the casual reader, Mason and non-Mason alike, and will also be a valuable resource for the Masonic researcher.