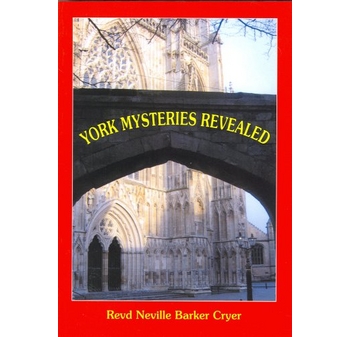 With Foreword by Michael Baigent

This is the book that will change what you think you knew about Masonic history forever . . .

In many of the earliest Masonic manuscripts we read of the great influence of York and a mysterious Prince Edwin, on the history of Freemasonry. This has been assumed a myth by most historians. But â¦.could these early stories regarding the importance of York be true? Or at least based on true events, confused as they may have become when handed down over centuries?

The story which is told in these pages has never before been fully represented and will change the way we view the origins of Freemasonry in the British Isles forever. Join the Revd Neville Barker Cryer on a historical detective trail through the history of York Masonry, from the 9th to the 19th century.

Why masonic legends claim Freemasonry was founded in Yorkshire.

The truth about the mysterious King Æthelstan.

The true origins of the American York Rite

The hidden mysteries of the City of York

The first Royal Arch Chapter in the world

The truth about the rival Grand Lodge of All England

Revd Neville Barker Cryer is a well known Masonic author and lecturer. He is a member of the oldest Lodge in York and a Past Master of Lodge Quatuor Coronati and thus has had every incentive and opportunity to learn about the distinctive contribution York Masonry has made in building the Craft and English Freemasonry.

What others have said about the book: