The Enigma of the Royal Arch 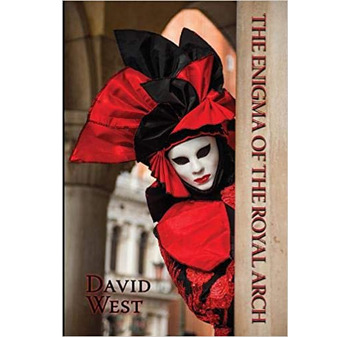 The Royal Arch raises passions. There are those who find Chapter the most enjoyable of Masonic meetings, and those who find it dull and bewildering. It has always had a special status in Freemasonry, but we have to admit it is a continuing source of confusion. We struggle with its place in Pure Antient Freemasonry. Is it the completion of the third degree, a continuation of the Craft or is there no connection between the Craft and the Royal Arch at all? At our initiation each of us promised without evasion, equivocation or mental reservation, ever to conceal our secrets; never to indite, carve or mark the least trace of them. How then, on being exalted, can we be expected to believe that they were engraved on a plate of gold by the three Grand Masters? The Royal Arch is a fictional tale teaching a moral lesson, a story of inspiring if invented events. Symbolism, allegory, and metaphor are proper and useful literary devices, but there is a logic to their use. Consistency and coherence matter if the story is not to disappoint, and the Royal Arch fails to meet the desired standards. The relationship between the Craft and the Royal Arch has long been an enigma. To understand why, we must go into the eighteenth century and examine both orders there. As the story unfolds we will see how the incoherence stems from a wrong turn taken towards the century's end, and how reversing it can provide a new meaning to the Royal Arch. The central focus of this book is on the Royal Arch in England and Wales, but its ritual and status in Scotland, Ireland and the York Rite offer contrasting perspectives from which to view our own.

The Enigma of the Royal Arch analyses the logical and historical inconsistencies of our order and provides answers to them all.

The Enigma of The Royal Arch The colourful sight beheld by new Companions during Exaltation into the Holy Royal Arch (HRA) is often remembered for the rest of their lives and a number find Chapter banquets more congenial than Craft festive boards. Combined with the story of How that which was lost is discovered, the HRA gives great pleasure to almost everyone who has taken the Fourth Independent Step in Core Freemasonry. There is also a sense of doing the right thing in heeding the Pro Grand Masters call for all Craft Masons to join the HRA before considering additional Masonic Orders. Nevertheless, there is an enigma (Oxford Dictionary: a person, thing or situation that is mysterious and difficult to understand) which most Companions end up accepting but offset it against, what is to them, a most enjoyable part of Freemasonry. There is no shortage of excellent publications about the HRA which are often written for the more serious researchers or learned Companions without examining the enigma in the way Essex Freemason and author, David West, does in his new book The Enigma of The Royal Arch. Starting with a background of current membership trends and contrasting English workings with Scottish, Irish and York Rite, the reader is drawn into exploring a combination of facts and fiction found in evaluating early ritual and manuscripts. Followed by an analysis of what was lost and other significant factors, all the content is explained in a way which helps readers clearly understand why the HRA in England is considered to be the completion of pure ancient Masonry. Full of lots of interesting information and well-illustrated, with the cover designed by Lawrie Morrisson, the new 66-page book is easy to read and would prove useful to Scribes E, Chapter Mentors, newly elected Principals and RA Representatives. Since my own Exaltation (1978), nobody has ever been able to explain to me the mysterious and difficult-to-understand situations in the HRA, as well as David West has done in The Enigma of The Royal Arch.